The Ministry of Investment and Foreign Economic Relations (MIFER) has invited Japanese investment for the implementation of a new special economic zone in Mon State, according to Daily Eleven.

The invitation was made by MIFER Union Minister U Thaung Tun during a 23 December Myanmar Investment Environment Update Webinar attended by officials from MIFER, Japan International Cooperation Agency (JICA), ASEAN-Japan Centre and Myanmar Embassy in Tokyo.

The exact location of the SEZ in Mon State has yet to be determined, however.

Earlier in June 2020, U Thaung Tun revealed planning  was underway for a special economic zone in Mon State during a Japan-Myanmar investment forum held through video conferencing.

At the time, U Thaung Tun said tenders would be released for the project, however, he did not provide a specific timeline.

The new economic zone in Mon State aims to take advantage of its geographical position and link trade between the Indian and Pacific oceans, as well as connect with the Greater Mekong Subregion East-West Economic Corridor.

For this SEZ, the land will be selected in a strategic location which has the feasibility to build a port and provide easy access to Thilawa SEZ.

The initial plan is to carry out the feasibility studies for this project and create a master plan in partnership with international consultants.

The Dawei SEZ implementation was also discussed during the webinar, with topics including:

In mid-December, it was reported that JICA will commence a survey to determine the total amount of capital expenditure required to participate in the Dawei deep sea port project.

A Strategic Environmental Assessment was also discussed between Myanmar and Japanese government officials for the project.

A timeline for the survey or assessment was not announced.

JICA was set to carry out preliminary studies for the deep-sea port in October this year, however, the start was pushed back due to the COVID-19 outbreak.

The move comes after Japan last month made an official offer to Myanmar and Thailand to invest in the Dawei SEZ project under a government-to-government agreement.

Myanmar Real Estate & Construction Monitor notes that a G2G agreement that provides guarantees, ODA or viability funding is seen as necessary by Japanese investors if they are to take part in the project, due to concerns regarding its commercial viability.

Loans have also been acquired from Thailand to construct a highway between Dawei and the Thai border, which will be complete in 2023.

Work to connect the SEZ to the national grid is expected to be completed in 2023. 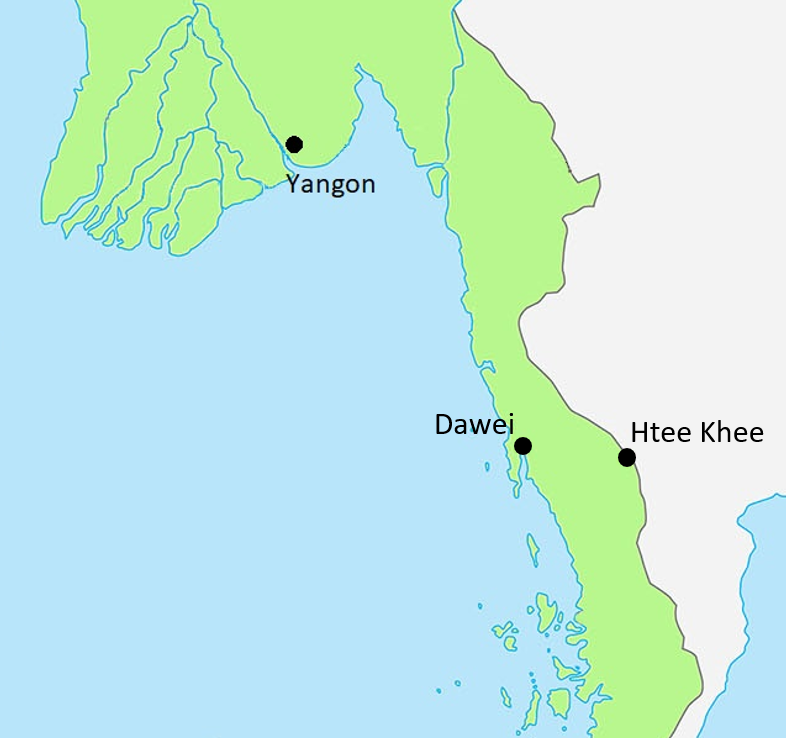 The Dawei SEZ is located 20km north of Dawei, the capital of Tanintharyi Region on the southeast coast bordering Thailand. It is to be built over 48,000 acres and once complete will be one of the largest SEZs in Asia and the largest SEZ in Southeast Asia. It will also be about eight times larger than Thilawa SEZ in Yangon, and over 10 times larger than Kyauk Phyu SEZ in Rakhine.

Despite the ambition, however, development has yet to get underway, largely due to financing constraints and continuing concerns about the commercial viability of the project.

The project will be implemented in phases. The initial phase will have the following: